How to Read the News and Verify Information Correctly?

How not to treat “shocking” information, how to distinguish lies from truth, and why you shouldn’t trust every news article. 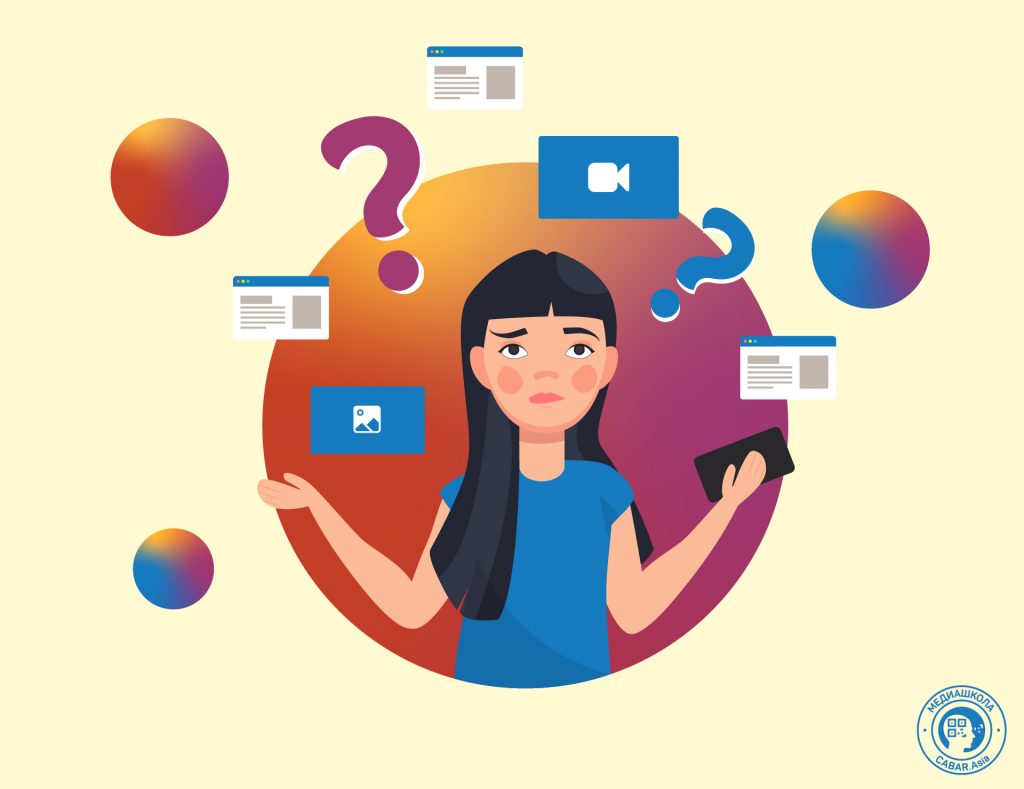 Previously, fake news coverage was limited, now, with the emergence of social media and messengers they spread uncontrollably. They discredit professional journalism by shaping the distorted reality image in the readers’ minds. However, this is not the point. Fakes spread to create panic, make people take rash decisions.

This makes us focus on raising the level of media literacy among the audience. Here are the stories of the two fictitious girls who read some fake news. 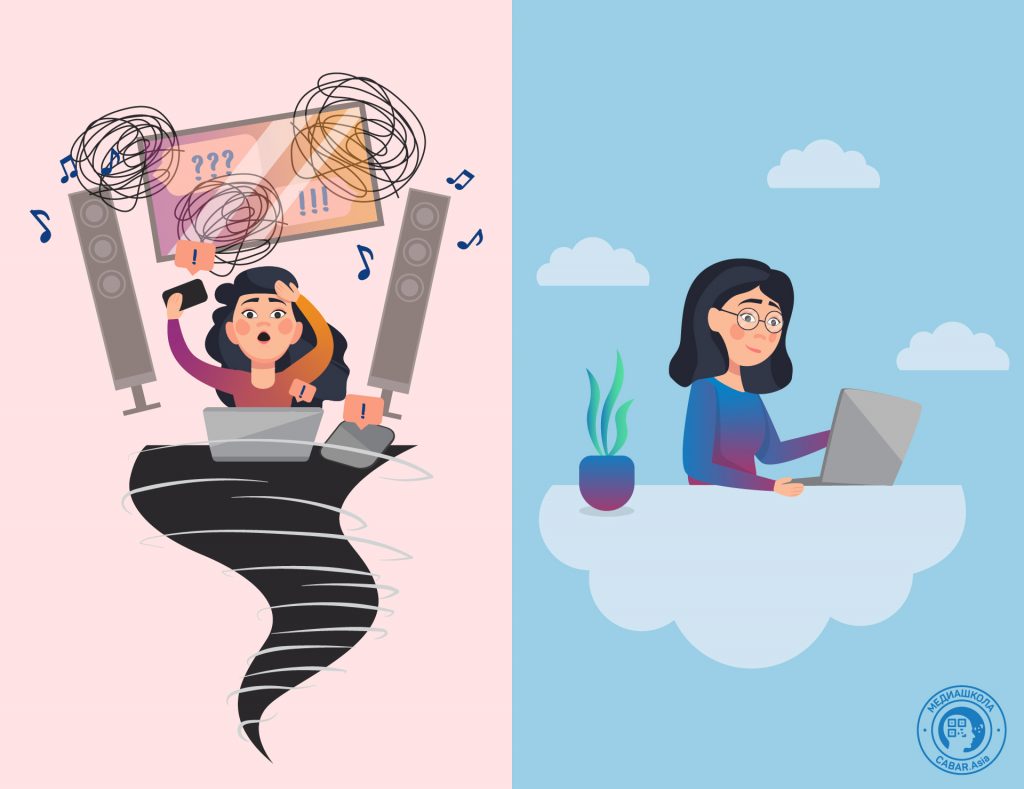 17-year-old Aisulu and Assem are facing the new stage of their lives — they are preparing to enrol to the university.

Aisulu has been dreaming of being an actor since childhood.
Assem’s family invests all their savings from banana sales – the only source of income – into their daughter’s education, wishing her to become a doctor.

Just like their peers, girls often sit on social media and messengers. When a message about HIV-infected bananas appear on the internet…

Aisulu sends the news to the family chat and it causes panic among her relatives. Frightened relatives spread the news to other channels.
Assem knows that HIV cannot be spread through bananas.  She, as a future doctor, knows that infected blood should first contact a person’s wound. There are only three ways of HIV transmission: having sex, through infected syringes or needles, as well as from mother to child. Therefore, she didn’t believe the information about bananas. Nevertheless, the news was spread via the internet, the demand for bananas has subsided, and Assem’s family suffered from this situation.
Conclusion: the power of fake news is that they cause strong emotions – anger, fear, panic – that can play a low-down trick with the readers. Seeing the “news” that concerns the life and health a person tries to save or just make those around him safe by spreading the unverified message to relatives and friends. Then, a word of mouth comes into play, people spread the fake news in every way possible.

In similar situations, it’s important to think critically – even if bananas do contain some blood (which is unlikely), it’s enough to know how infection is transmitted and stop believing the source.

The girls keep on studying hard to prepare for the university exams and read the news from time to time. The previous day, domestic websites published the message that the only school with Kazakh language of instruction in Kostanai would be closed down.

Aisulu feels indignant. After reading the headline, she starts sharing the news with her friends and acquaintances. This information spreads more and more and gets more views and causes more indignation among readers.
Assem feels confused as she doesn’t understand why there’s only one school with Kazakh language of instruction in Kostanai. She searches the news and sees that virtually all news media published the news and decides to check the website of the regional akimat. There she finds the ranking of schools and selects the Kazakh language as the language of instruction and makes sure she is right – Kostanai has at least four schools with Kazakh language of instruction, not only one. She shares the news with her friends and notes it’s fake news.
Conclusion: You shouldn’t believe the news by taking a look at its headline. Very often, it doesn’t correspond to the content as journalists may “exaggerate” the story to get more views. Moreover, you shouldn’t share the news if you are not sure about its content.

When reading the news, you should verify it in two or three sources you trust. If the news raises doubts, you should do the fact-checking. In case of school, it could be done immediately by visiting the official website of the akimat, although many journalists didn’t do so.

May 2019. New president Kassym-Zhomart Tokayev had been ruling Kazakhstan for two months already. The society expresses its discontent by taking to the streets in protests. Thus, in May, the internet spreads another message about the protest held in Almaty.

Aisulu wants to share the news, as usual, after reading the headline, but then she notices her acquaintance, who has been abroad for a few months, on the photo. She wonders and searches for this photo in a browser. Then Aisulu finds the photo that was published on May 11, 2018. This photo was not published online before, which means it is the original photo. She wonders but perceives that not all news are true.
Assem, just like always, verifies the information.
Conclusion: Sometimes old photos are published in the news. This is made either intentionally, or when the author doesn’t bother to do the fact-checking. You should use your logic here – how likely is that the photo was made in this place? Suppose that it’s summer now, and there’s snow on the photo. If you use your logic, you can use additional tools.

Here’s a test for you to understand the basic principles of fake news spreading. Afterwards, you’ll know how to fight them.