They were held online on topics such as: new media, digital journalism and media literacy. The trainers were IWPR editors, media experts and experienced journalists from the CIS countries and beyond.

On March 10-12 the training was held for journalists from print, online media, television and radio. On March 15-19 – for teachers of the journalism faculties of the capital’s universities.

In addition to new media, the programs of both trainings also included storytelling, data visualization, social media features, as well as media literacy and fact checking. 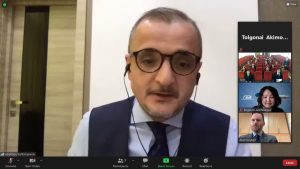 Opening the event, Abakhon Sultonazarov, IWPR’s regional director for Central Asia, said that the trainings are aimed at raising the level of knowledge about new trends in modern journalism, as well as in media literacy.

“Trainers, experts and journalists from the UK, USA, Russia, Ukraine and Central Asian countries are ready to share their experience and expertise with you,” – Abakhon Sultonazarov said.

These trainings by IWPR became a platform for gaining knowledge, but also for acquaintance and contacts between Turkmen and foreign media specialists, journalists and teachers. 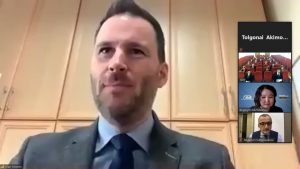 “With digitalization and the emergence of new media, the role of journalism is constantly growing. Information is disseminated and consumed much faster and easier through a variety of digital channels and formats. Media literacy and modern fact-checking tools are becoming more and more important on the global agenda, ”Alan Hayton said.

At the trainings, Aizada Toma, a data journalist and visualization expert, spoke about the visual language and tools of new media. According to Toma, visual language is a dialogue with readers through visual images.

The trainer gave several examples of successful long story visualizations. For example, the BBC story about Alai, the girl with the strawberry ring, and the humanitarian crisis in Yemen. The scrolling story was published in 2018.

Also, Aizada Toma told how to start working on visualization:

The next speaker was Alexander Gorokhovsky, editor-in-chief of the Ukrainian portal «Bez brehnі» (“No nonsense”). At both trainings, Alexander spoke about simple tools for verifying information and the need for information hygiene.

Alexander explained the reasons why people believe fakes and unverified information. Among them:

Gorokhovsky added that when reading an information message, an ordinary reader or viewer, the listener does not need to know the latest fact-checking tools. To begin with, it’s worth asking yourself: where did the information come from, what they write/say about it in other sources, does the news evoke emotions and, most importantly, is there a call for any action. 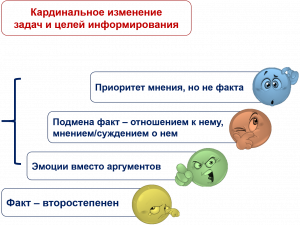 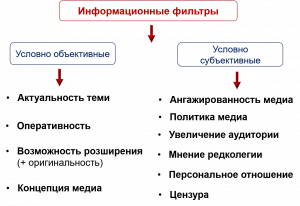 The trainings were also attended by a journalist from the UK, journalism teacher and blogger Adam Tinworth. Adam, as one of the first UK bloggers, knows firsthand the importance of social media for modern media and journalists. According to him, modern journalism differs from traditional journalism in that the audience itself will not come to you. People have a huge choice and they just won’t choose media, people need to be turned into a community around media. 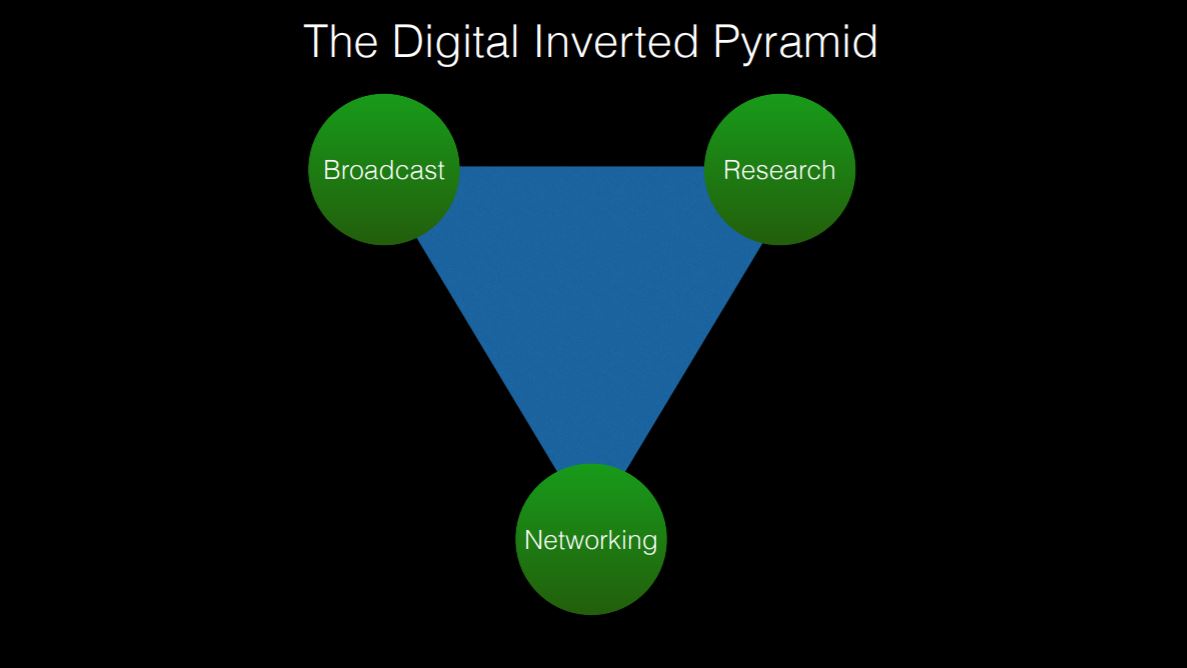 In the second part, Adam talked about new, popular media formats in the UK media. Among them:

Storytelling is a fashionable tool of the 21st century, but journalists have been using throughout history. Tara Todras-Whitehill, a coach from the USA, spoke about this. Tara explained that facts are remembered 22 times better when told in the form of a story. She gave some tips on how to tell stories so that the audience understands them better. Among the trainer’s tips: 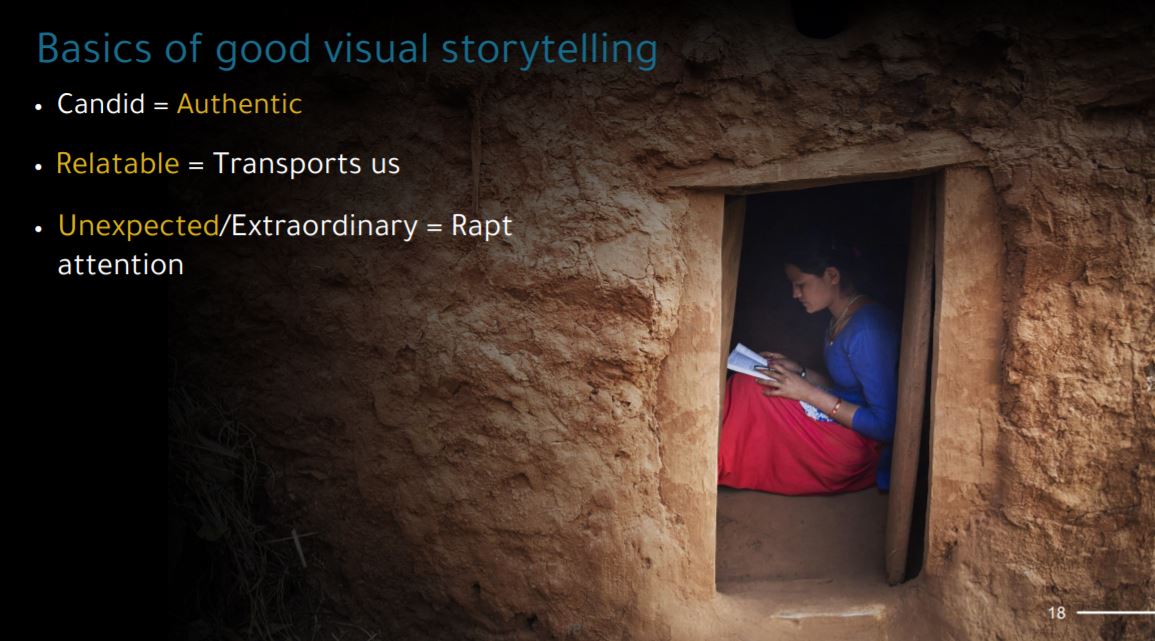 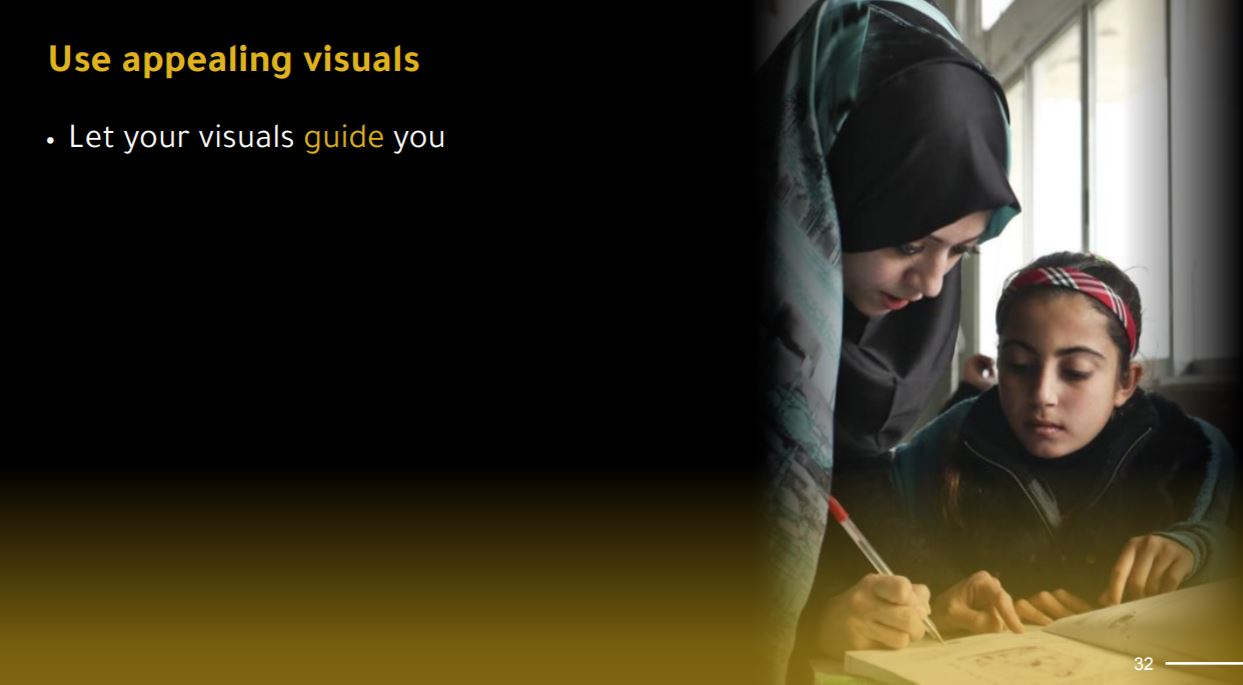 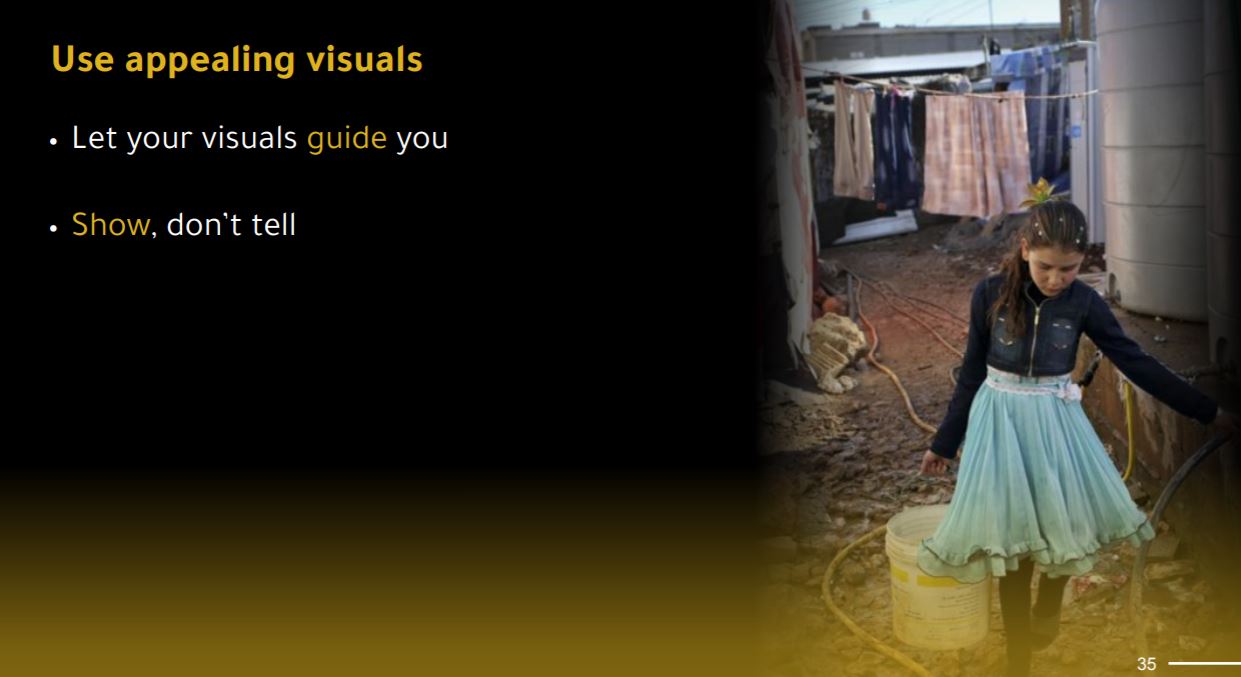 Marat Mamadshoev, IWPR editor in Tajikistan, trainer of Medischool CABAR.asia, spoke at both trainings. Marat talked about the ethical standards of journalism. In particular, about a set of rules that a journalist or media editorial board voluntarily accepts. Ethical standards are needed because:

Despite the fact that the ethical codes of the media of different countries and even within one may differ, the main norms of the key ones were formulated at consultative meetings of journalists held under the auspices of UNESCO:

Timur Toktonaliev, IWPR editor for Central Asia, spoke to teachers and journalists about international journalism standards. Timur analyzed the basic standards that were developed by previous generations of journalists and editors as a result of mistakes and subsequent conflicts. These standards are: objectivity, balance, impartiality, accuracy, honesty and decency. 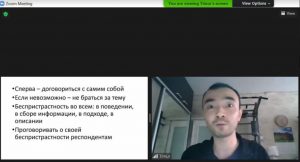 Timur noted that international journalism standards in general do not contradict national legislation and the standards urge the journalist not to violate local laws and conduct his/her activities in accordance with local customs and orders for the sake of his/her safety and productive collection of information.

Despite a similar program in both trainings, profile sessions were added for each group – journalists and teachers.

The educational part of the training for journalists was opened by the famous Russian media expert and editor-in-chief of Russia Beyond Vsevolod Pulya. Vsevolod said that a modern user chooses media for one of three reasons: to solve his/her problem, to have fun or to love his/her place in society. 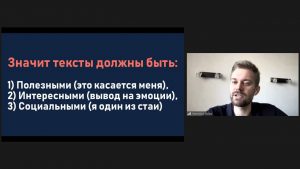 In the world of social media and instant messaging, journalists are no longer the first to report. Now the task of the media is to create added value to information.

According to Vsevolod, three rules of good text now work in the online space: shorten, structure and “sell”.

A separate day was set aside for teachers to review teaching activities in the UK and Russia.

Dilmurad Yusupov, a scientist from Uzbekistan, spoke about teaching in Great Britain. He is a doctoral student at the Institute for Development Studies, University of Sussex.

According to him, British universities no longer use the concept of the so-called “banking education” – when students were considered empty vessels that needed to be filled with knowledge.

“Now the teacher is more likely to play the role of a facilitator (moderator, guide) in teaching,” Yusupov noted. 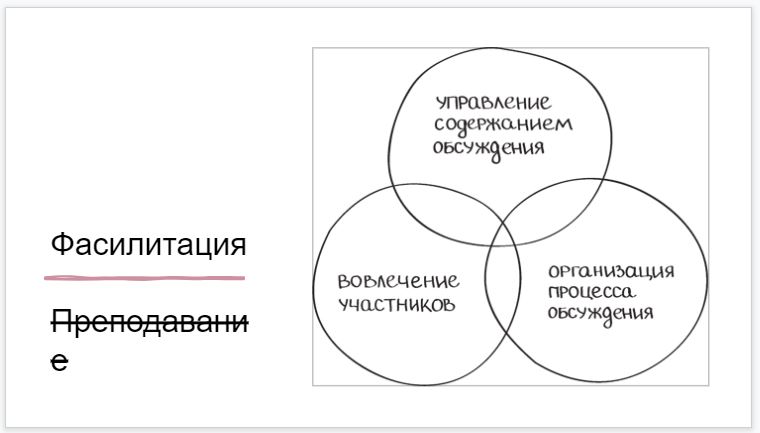 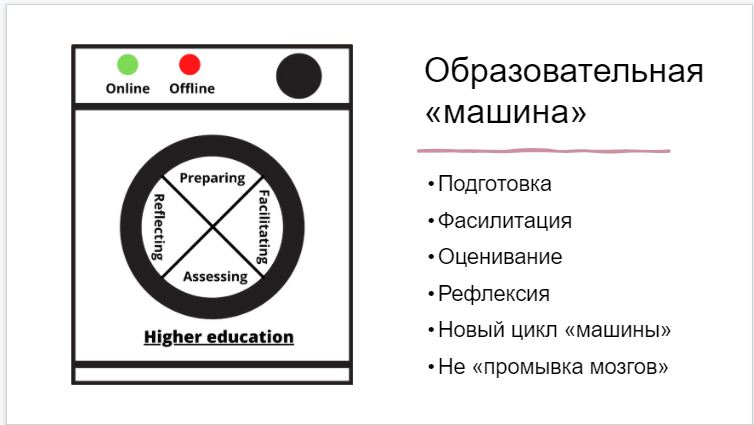 Then Ivan Pechishchev, Associate Professor of the Department of Journalism and Mass Communications of the Perm University, and one of the organizers of the all-Russian and then international seminars for teachers of journalism “Eduton”, spoke. Ivan told about the basics of effective methods of training journalists.

According to him, the main idea is to constantly update their approaches to students and learning, since every year students go through changes – for example, they have less and less experience of using the media.

But every year students master technological skills easier and faster, Pechishchev noted. Thanks to this, the level of preparedness of future journalists is growing. Today they must be able to work with information, create content, use different platforms, be able to communicate with the audience, and manage media projects. At the same time, students should not forget about professional ethics, law and thematic specialization, he added. How can teachers keep up with such demands? As Dilmurad said above, Ivan confirmed that the role of a journalism teacher is undergoing changes. 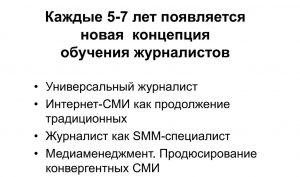 Now the teacher has become a moderator, commentator, expert, and manager, and has acquired more than 20 other functions. The main thing now is to introduce forms of joint work and move with students to participation and co-action. 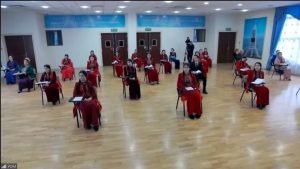 The participants of the training – journalists and teachers of journalism faculties of Turkmenistan – expressed their gratitude for holding a meaningful seminar.
“Participation in the online seminar from the Mediaschool CABAR.asia  has become an excellent platform for us to gain new knowledge and exchange professional experience,” the orient.tm news agency quotes one of the participants.

IWPR Central Asia has been conducting trainings and implementing various projects in Central Asia since 1999 to support local journalists and media.

Two trainings for Turkmen journalists and teachers were organized with the assistance of the British Embassy in Turkmenistan and the Ministry of Foreign Affairs of Turkmenistan.

These trainings became possible within the framework of the project “Development of new media and digital journalism in Central Asia”. The project is being implemented by the Institute for War and Peace Reporting (IWPR) with financial support from the UK Government. The opinions expressed during project events and/or in project publications do not reflect the official views of the UK Government and IWPR. 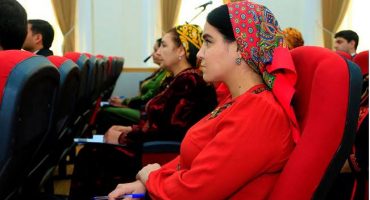 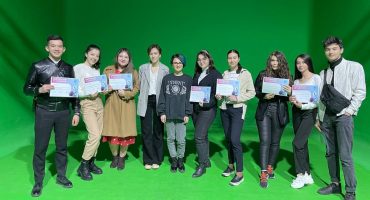 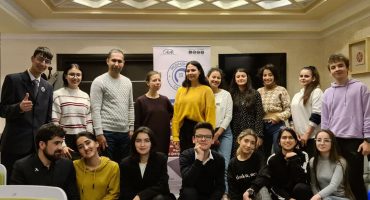