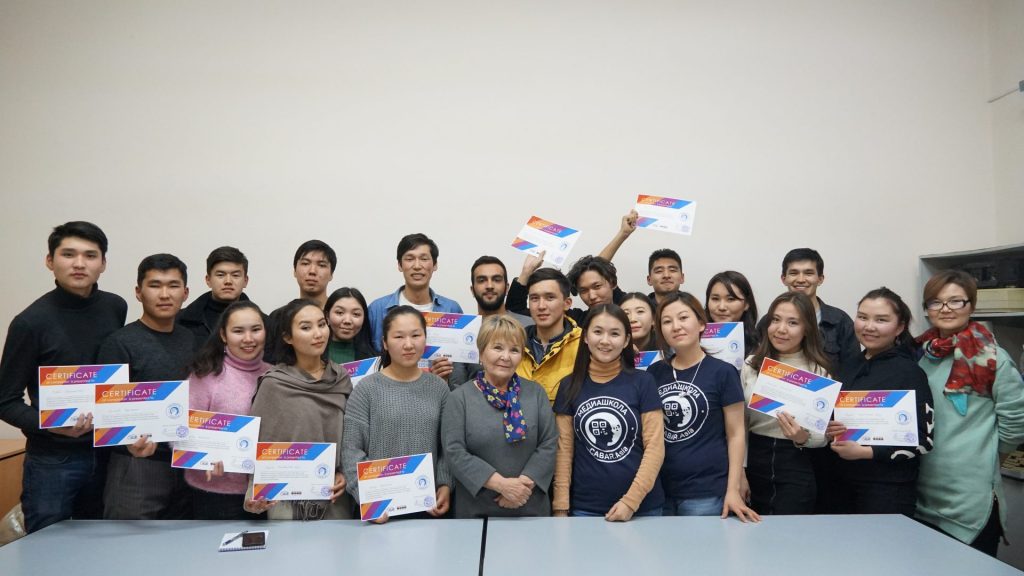 CABAR.asia Media School held journalism labs – JLabs – on “How to create a cool caption video”. JLabs were held at the Kyrgyz National University named after Jusup Balasagyn in Bishkek from January 28 to 30 and at the Al-Farabi Kazakh National University in Almaty from February 26 to 28. Over 40 students attended the events.

The main task of the JLabs is to create high quality modern content for social networks, as well as to recognize young and talented journalists and develop their potential. During the journalism labs, students learned how to use the camera. They studied the caption video, found out why it is so popular nowadays, how to search for a story and assemble the videos in just a few hours. 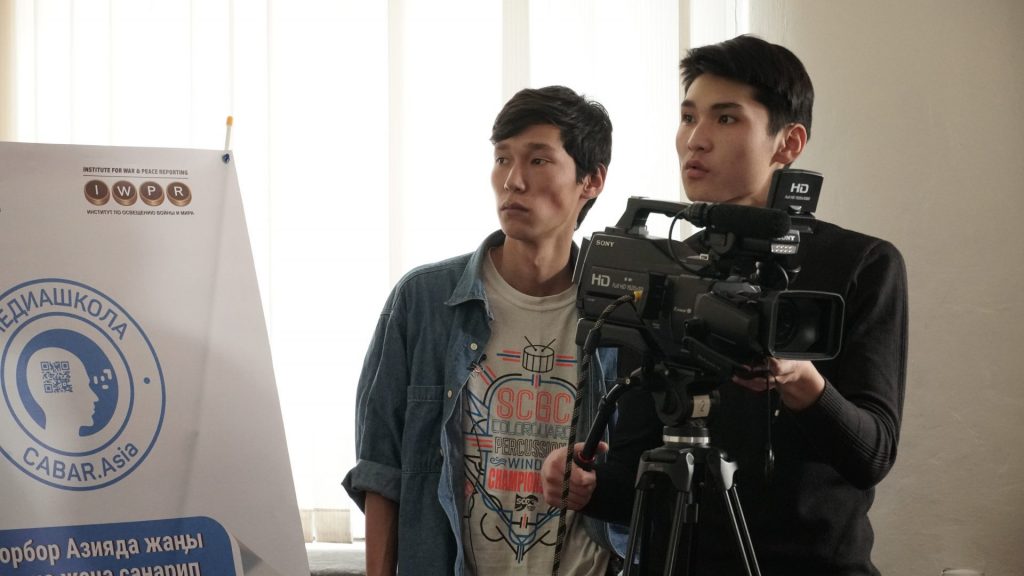 mation with the participants and put it into practice: video formats, rules for shooting and editing, writing captions.

“I learned a lot: how to use the camera, to edit the video, to write texts and to conduct interviews. Also, networking with trainers contributed to the learning process very well,” said Ismail Aliev, KNU student.

After the completion of JLabs, all students created their first caption videos and analysed the final projects together. Students noted the intensity and productivity of the entire training, especially the practical work and individual attention of trainers. 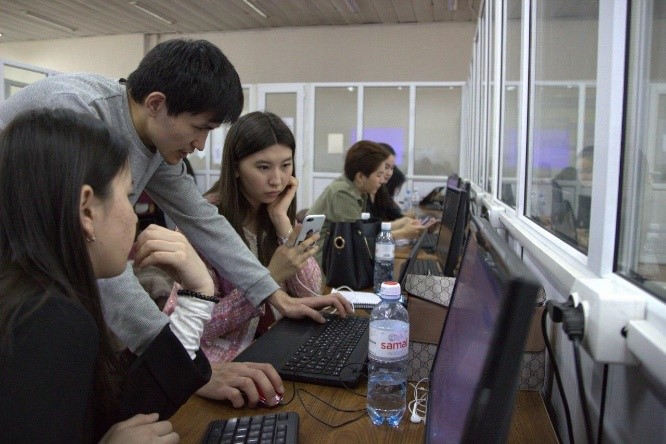 “Thank you for your support, encouragement, openness, for being on the same page with us. I wanted to meet people who would sit down with me and explain the editing process in simple terms; it was very cool to work with you,” said Adia Abubakir, first-year student of the Journalism Faculty of KazNU.

“I learned how to conduct interview and I can say I am not as afraid to do it as I was before. After the training, I interviewed two people using the techniques our trainers taught us,” said Aizhan Shailoobek kyzy, KNU student.

“Students received useful information and new skills. This theoretical and practical information is necessary in the future journalists’ work. Trainers are professionals who know how to interest and engage the audience. I have very good, positive impression. The organization of the training is great. We hope for further mutually beneficial cooperation,” said Karlyga Mysaeva, Deputy Dean of the Journalism Fac 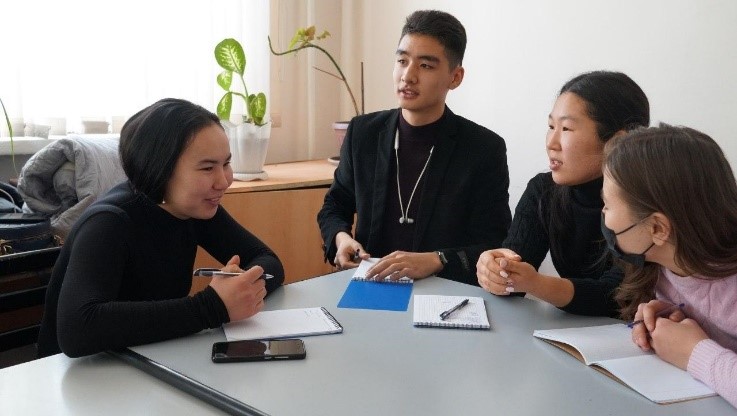 “The training was very useful for me; besides the very cool memories that it left, there was also a special experience and practice. I think it will be useful for me in the future; even if I do not work in media, it will still be useful for Instagram and texts recording,” said Aiperi Zhyldyzbek kyzy, a student of the KNU Television Faculty.

“During three days, from morning until night, CABAR.asia team taught us to create caption videos. During this short time, we learned how to take good shots, how to write and edit captions, and how to assemble the videos. I discovered such functions for myself that I could not even imagine to exist before – how much could be done and created. Actually, I did not believe that one could learn how to create caption videos in such a short time. The trainings are unique, wonderful, and understandable; there were many additional exercises for each lesson in order to complete it; we did not need to search for anything. The team works very precisely,” said Dana Ruslan kyzy, third-year student of the Journalism Faculty of KazNU. 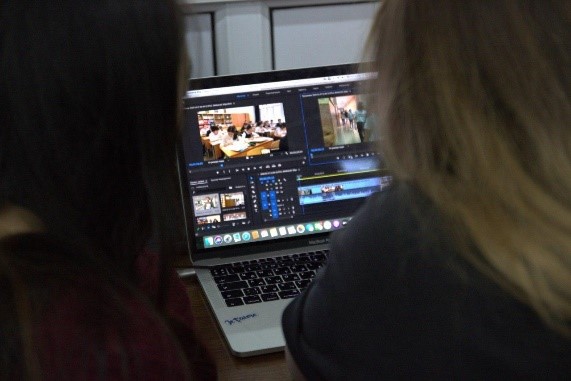 “In general, I really liked the training, and, to my surprise, I did not notice any weaknesses. The information I received at the training is very important, since it fully complies with the new media requirements. In addition, information about the cutting phrase was very useful to me. The trainers explained the information very clearly,” added Akerke Karipzhan, a first year student of the Journalism Faculty of KazNU. 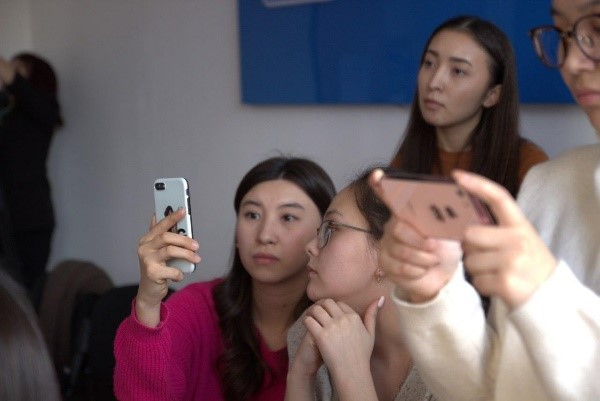 The projects of the participants will be published soon on the CABAR.asia Media School website. 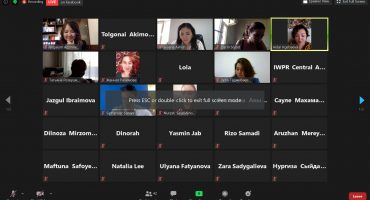