To produce radio material, we need to understand and understand what a reporting is. A reporting is a certain news that is transmitted from the place of events, that is, you completely tell your audience about what is happening directly while there. In radio materials, this is very important, because with the recorded inter-noise and atmosphere of sounds you create a “presence effect”. Your listener should close his eyes and feel next to you.

One of the main points in the production of radio reporting is your voice: the main voice that tells and introduces the participants to the reporting and gives you a transition to the interview. The voice of a radio journalist should become a guide for the listeners since they do not have a “picture”. Through your voice, intonation, pauses and logical stresses, the listener should “feel” your reporting. The main thing is that the listener should want to listen to what you are telling.

Interview fragments are the basis on which you build your report and the listener can listen only to these fragments and already understand the essence of your material.

The main components of the radio report:

Sound accompaniment: inter-noise (natural sounds collected from the place of events / reporting) creates the atmosphere of the event, makes the listener plunge into emotions to create images in the head. It helps to understand better your reporting. Music can also be an inter-noise. Often, many journalists do not pay much attention to collecting sounds / inter-noise. They collect only interviews and write the text, while forgetting the most basic thing – that each direction requires its own presentation technique. Just like television requires video frames, you should have sounds on the radio. If you have no sounds, then there is no need to make a radio story.

Let us look at the example: imagine a typical urban market.

The task of collecting the inter-noise of the market we can perform as follows:

-natural environment: dogs, birds, wind, the sound of water and the like.

The sound of the bazaar is very similar to the sound of the station, the hall of the university or a large crowd of people. Therefore, you need a dominant sound, it will clarify the picture. If you write down words such as: “How much are cucumbers? Are they fresh? ”, It’s immediately clear that this is a market. And if, for example, you hear “who is the last?” I am,” it becomes clear that this is the queue. Most often, inter-noise acts as a background, and the dominant sound determines the place.

For example, you are working on a story about a market employee transporting goods in a wheelbarrow. The inter-noise (background sound) is the noise emanating from the course of his work: loading goods, the movement of the wheels, his heavy breathing, and his dominant sound will be his exclamations: “clear the way, clear the way, step apart!” The art of recording background sounds is to convey the general atmosphere of the market. The sounds should be heard, but not too loudly, so as not to focus the listener’s attention on this, but to set the atmosphere.

– or vice versa, the sound of an empty corridor will show how everything is abandoned

– the sound of a continuous ringing phone or an endless line of people, indicates the presence of work

– even the sound and the words with which the official meets you, demonstrates his character

It is not a fact that all sounds will be used in the report, but it is better to have big different inter-noises – it always gives you a choice and helps to reveal the plot better.

Now let us talk about recording an interview

According to the form of recording interviews can be divided into three types:

– interview on the background of something

– interview during the action

The difference between them is the level of presence of background sound.

A clear interview is an interview where the voice of your guest and a journalist is present, recorded in the quietest atmosphere. Acceptable for short comments in the report, focuses on the said comments, all other sounds will only interfere and distract the listener.

An interview on the background of something is needed to create an accurate image of your hero and create an atmosphere. For example, if this is a person who is pushing a wheelbarrow, then there will be a market against his background, and if the builder, it is the active construction.

Record not only answers, but also questions. Your hero can talk incessantly and interrupt you. It will be very difficult for you to edit the recording. You cannot broadcast 30 minutes of conversation; you need an interview fragment of 15-20 seconds. If you asked a specific question, and his answer lasted 10 minutes, from which it is impossible to cut out something solid in content, then consider that you have nothing.

After you have recorded all the sounds and interviews you need:

– to bring all sounds / fragments to one level, otherwise part will be heard – well, the other part – bad

– write the text from the collected material.

There are many different programs for processing audio files that will help you. For example, one of the most common is Adobe Audition.

The author’s text will help the listener to follow the development of events and transitions from interview to interview. The text for radio reports should be as simple and straightforward as possible. Avoid complex sentences, participles. People often listen to the radio while performing certain actions: when they are traveling in transport, doing some work, driving in a car and the like. The text should be so simple that a person immediately understands you from the first time. Read your text to your relative who is far from the topic described in the material. If he/she understands the essence of the radio material and receives answers to all the questions, then the text was written professionally. In pursuit of engaging content for the listener, do not forget about international journalism standards. The material must be objective, impartial, reliable.

Remember that there is nothing easier for the listener than switching to another radio wave. But thanks to your work, diligence, as well as the brightness of sounds, interesting content and original approach, you can keep attention of the listener for a long time. 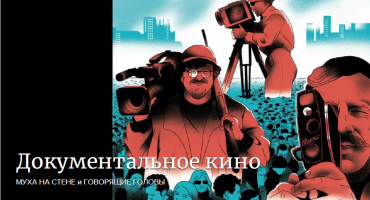 Videos of the Workshop on Documentary Creation 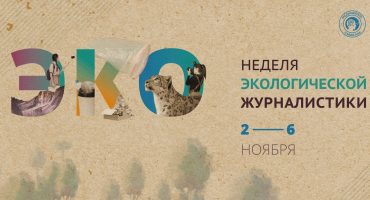 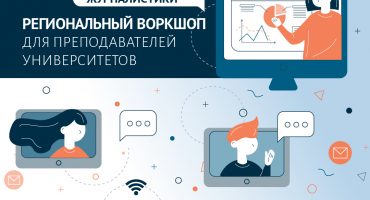