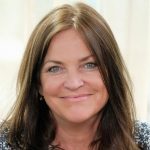 This film is about information disorder or misinformation. It’s an incredibly important topic at the moment, not least of which because there’s probably more false news around on social media than there ever has been – particularly at the moment with the coronavirus crisis.

Hello and welcome to this film on information disorder or misinformation.

It’s an incredibly important topic at the moment, not least of which because there’s probably more false news around on social media than there ever has been – particularly at the moment with the coronavirus crisis.

So I think it’s really important if there’s one skill that you upskill as a journalist, it has to be verification techniques.

So today in this course I’m going to give you some idea of the types of misinformation. That’s really important. So the definitions of them, the motivations of the people who create this stuff.   Also what to watch out for, there are certain things that you need to be aware of. And some of the basic verification techniques, and also tell you where you can get more information because I think it’s really important that you learn more about this.”

How does it spread

Why is information disorder, such a problem these days?  Well social media spreads like a virus,  news spreads so incredibly quickly that it’s really hard to control when a rumour or a piece of false information is out there. So, where does it start from?

Well, quite often it starts in the dark web, the anonymous web.

And that’s when the media, the traditional media will see it and will start to report on it, and you need to watch out for that because it might not have had a huge amount of publicity outside a particular social media platform, but by picking up on it, and reporting it, it takes it to a whole new audience.

So we have to be very careful how we verify information, and how we report on it, and how we debunk it. And that’s one of our responsibilities as journalists – to put the facts out there and to check everything.

So what kinds of information disorder are there?

There are various definitions. So misinformation could be something that is inadvertently shared it could be somebody just getting a fact wrong, it could be misinterpretation of a date or an event or the context for something. It might be something that’s poorly translated. It could also be a joke piece of content that has been taken out of context. So, and it’s been spread without meaning to be spread.

It could be something deliberately created, it could be deep fakes, or shallow fakes, somebody has manipulated a piece of video content intentionally.

The third one is malinformation, mal being bad, it is deliberately shared to cause problems for an individual or a group of individuals. That is intentionally hate speech or harassment or something like that. So there are lots of different types of false information, and what you need to look at next would be, who created it

Who creates it and why

Who creates this false news, and who’s spreading it. The BBC have come up with seven different types of personality that might be doing this.

First of all they have the prankster. The Joker, somebody who put something out there as a joke. And then it spreads some people don’t realise necessarily that it was a joke, but they just do it for fun or for satire purposes. But sometimes it spreads without people realising that it was supposed to be funny in the first place.

The next one is somebody who is deliberately faking something they could be an imposter pretending to be a doctor. It could be a scammer just wanting to get money from you for having a false cure for coronavirus for example. So there’s an awful lot of people who take advantage of others by trying to make money during a crisis like this. So a scammer is the second type.

The next one is the conspiracy theorist, and you can’t fail to have seen conspiracy theories about pretty much everything. Where does the coronavirus come from; was it created a lab; is it caused by 5g networks, there are so many different conspiracy theories. And quite often people just haven’t got the information, so they make things up. This is one of the problems with it.

And next one appears to be an insider.  Somebody with inside knowledge of something. So it could be an unnamed doctor from a hospital. A person who worked in a lab. It could be a government official. But none of these people generally are named or if they are they’re not real. So, some kind of an imposter or an insider somebody with knowledge but they don’t really.

The next one could be much closer to home, a relative or a friend, or somebody who just wants to help you by passing on information they think might be useful. And these are the ones we’re probably going to find most the time it could be a WhatsApp message, a Facebook post, an email, something like that. The one we may have seen people holding their breath to tell whether you have coronavirus.

The other one would be a celebrity, somebody with a high profile and lots of followers who haven’t necessarily got the knowledge, the scientific knowledge certainly, of what they’re talking about. But these are also quite dangerous when they weigh in on a topic they don’t know anything about.

So basically seven different types of people creating this stuff, each one with different audiences and different problems. So you need to watch out for all of those, but always ask yourself when you get any kind of information, who created it, are they who they say they are. And do they know what they’re talking about.

What should you do

“ After you’ve asked the question Who … who created the content, you need to look at what it is, is it original?
So for example if somebody shared a photo and they said this was a bomb attack somewhere. If you take a screen grab of that picture, and you put it into Google reverse image or a website called Tin Eye, then you can see whether perhaps it’s been used before, or whether it’s been digitally altered. There are plenty of things that you can do very quick tests to check whether a photograph is real.

But first of all, ask yourself how you feel when you see a piece of content. Does it look too good to be true?

Is it right, that there’s really a guy with a big fat shark behind him. Have a look and think, is it making me feel afraid, or does it make me think, wow that’s incredible because it may well be, you know, if it looks too good to be true, it probably is too good to be true.

So question your emotions first and think, why would somebody share this is it accurate, how am I going to prove it. So there are various things that you should be looking at as well.

And then you can check there’s a whole pile of tools that I can give you a link to find out more information or you can go to somewhere like First Draft News to see where you can get courses and webinars and all sorts of other helpful information. Because if there’s one skill you really need to use it’s verification”

Where to get help

You need to be responsible as well. Just because you have found a story or you’ve heard a politician talking about something, think before you repeat the myth. Because repetition makes us think ‘there’s something in this, it must be true I’ve heard that before’.

So be very careful to think has this spread outside its initial environment, and if not, you shouldn’t be the one to spread it. The media have a tendency to pick anything off social media and to report on it, and it could be a politician’s speech, it could be something a celebrity has said we should guard against that by fact checking everything and asking questions.

Also, when you do decide you want to debunk something, don’t overwhelm people with facts. We can’t actually cope with too many facts to say this is wrong because because because you should say, this is wrong and give one or two examples of why it’s wrong. Generally the rule of three, we can remember three things but beyond that, we tend to forget.

So, just try to be super careful when you debunk something.

So state the facts, be clear about it, be clear about what you know and also, what you don’t know. That’s just as important, but as a journalist. The first thing you should always do is ask questions and use your critical thinking abilities rather than your emotional instincts ….  actually you can use those too. 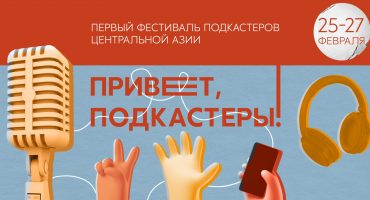 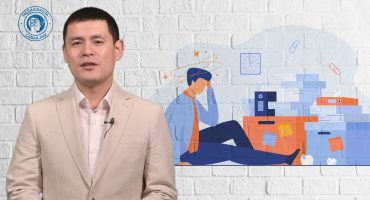 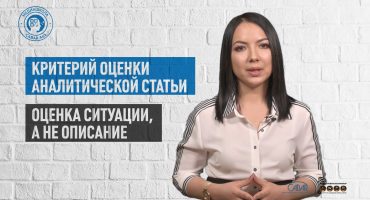 How to Perfect an Analytical Article for Publication in Online Resources?